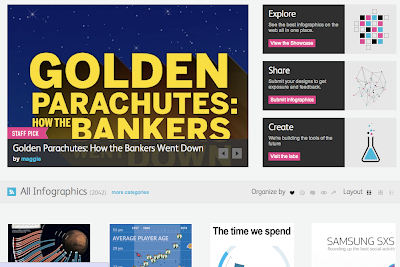 There was something that many of us were expecting from a long time, the final release of Visual.ly, a web which tries to be the big showcase of infographics and visualizations.  And it has been finally inaugurated.
Anyway, many of us (me included), feared that it can become a bunch of infoposters or tower-graphics.

At first sight,  I see just a few things that I really like, with many decorated texts on an hypervertical format.