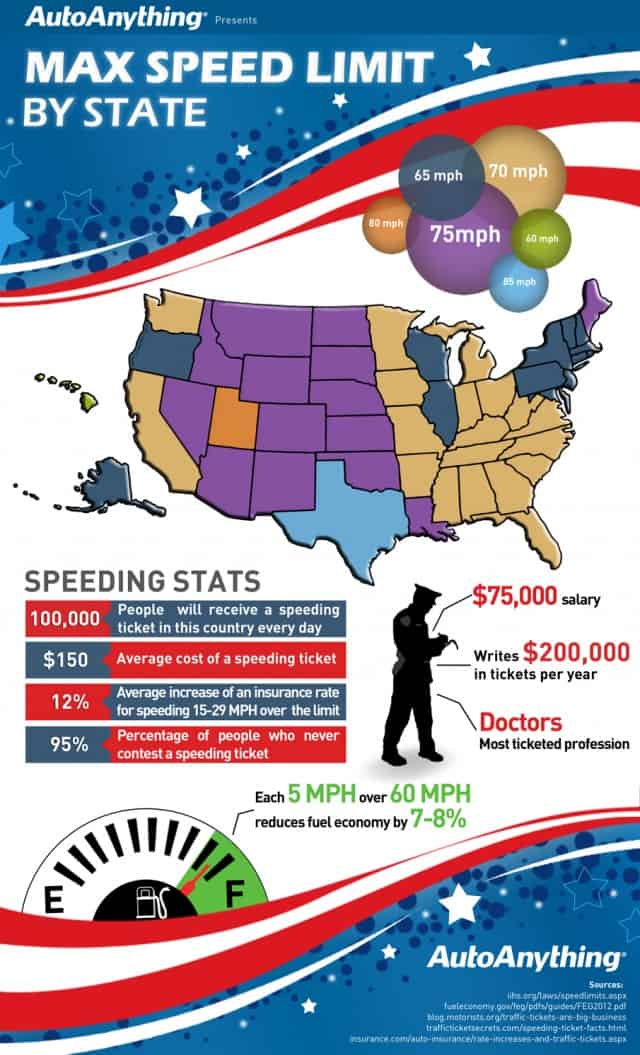 Speeds limits differ from state to state, but just this year Texas took a step further and gave the okay for speed limits up to 85 MPH. As a Texan who has experienced the drive through the West Texas desert – going below 85MPH was never an option. Now after over seven million dollars of studies the Texas Department of Transportation has identified the “85th percentile” speed. This means that “if 85 percent of motorists are currently driving 75 mph or slower on a road posted for 70, increasing the legal maximum to 75 mph won’t mean that most drivers will reflexively begin going 80.” This rule was decided because most drivers stay at a steady pace depending on the road’s design and topography, not the posted speed limit.

There are two sides to the argument though. With increased speeds come more dangerous wrecks. Although a study on traffic fatalities along “I-10 and I-20 actually decreased in the three years after the [increased speed] change, the department said.” There seems to be some concrete support for such high speed limits, and as a commuter in Texas I can only agree. [RidePros]

© timwillingham for Daily Infographic, 2012. |
Permalink |
No comment |
Add to
del.icio.us